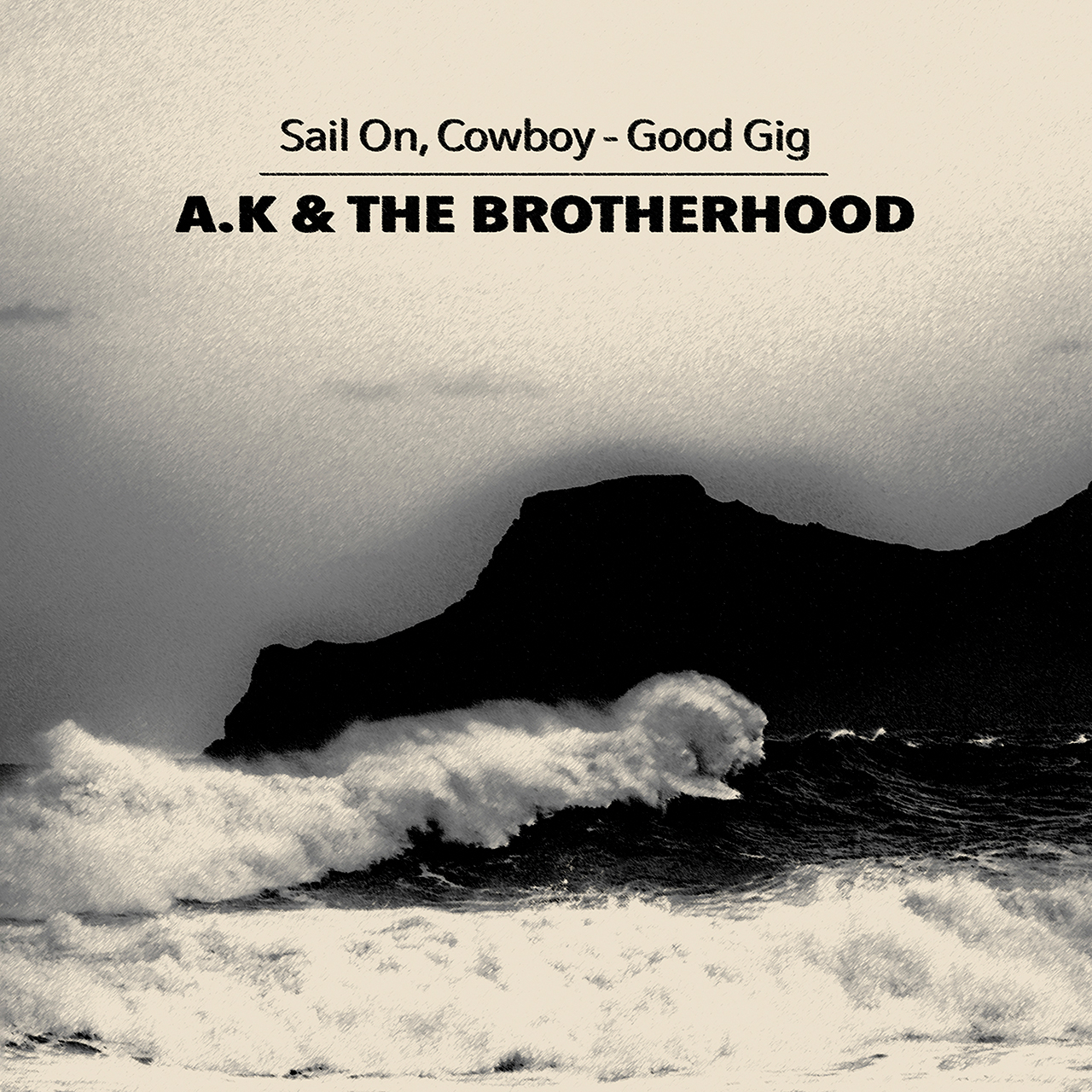 Så här beskriver Anders Lunkan Lundquist, skribent på Rock´N´Roll Magazine, förhandslyssningen på skivan:
”It’s that time of the night.
Your loved ones are fast asleep, the phone has stopped ringing, and your records sound different somehow. Closer. More poignant.
Maybe you’ve had a few, in order to wind down.

You put on ”Sail On, Cowboy – Good Gig”, and all of a sudden Life, in all its glory and sadness, washes over you. Feelings, images and words from your past appear, seemingly out of nowhere. The choices you’ve made: good ones, bad ones, and mistakes that turned out to be the best ones you ever made.
Childhood, school days, work days, crazy days, in between days, and time-to-settle-down days. Love, loss, friendship and music. The things that matter. It all comes back during the course of the album.
According to Alo Karlsson, A.K & the Brotherhood’s lead singer, chief songwriter, and multi-instrumentalist, this is also what he had intended, and hoped for, when writing the album.

The bulk of the material was written around and after his 50th birthday – as logical a time as any for summation and taking stock.

A.K & the Brotherhood started out as a country band, and soon won the Swedish Country Awards. Initially inspired by the American neo-country wave referred to as No Depression, they went on to create their own form of outlaw country, managing to shun its clichés, while retaining its warmth and wisdom.
Since then, they’ve branched out, and people started to refer to their music as Americana, rather than country music. Lately, many other of Alo’s earlier influences have also started to (re-)surface.

Early Elton. Jackson Browne. The Blue Nile. Frank Sinatra. Another important ingredient is that ever-present Scandinavian melancholy. The one that subtly makes you question your life, even when everything feels great. Am I allowed to be this content, or does my happiness imply that I have ignored all warning signs? Is the next catastrophe lurking just around the corner?
A. K & the Brotherhood are just what the name implies; a band of brothers: friends, musicians, and kindred spirits spread out across a few towns and villages in the Småland and Blekinge regions in the south of Sweden.

They’re all the kind of musicians whose collective groove, and individual solo flights, make it all sound effortless, like anyone could do it. As most of us already know, this is the true sign sign of a great musician, and this band has no weak links. They have been around long enough to know what it’s all about: serving the song. And what songs they are. They sound like they’ve always been around, it’s just that no one has heard them before. Together, they create a conceptual vibe, a musical photo album whose musical snapshots form a much bigger story.

Maybe it’s quite simply the story of what it’s like to be human.”